Israeli Prime Minister Benjamin Netanyahu has dismissed reports that his military launched a missile attack on the Syrian capital, Damascus, saying that perhaps the “Belgian Air Force” was responsible.

In an interview with Radio Haifa on Friday, Netanyahu said he didn’t know “what happened last night” and that “maybe it was the Belgian Air Force” that launched missiles over Syria.

“I don’t comment on one operation or another,” he added. 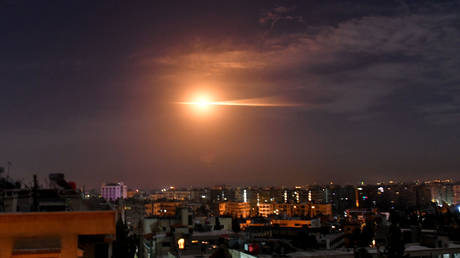 Videos posted on social media in the aftermath of the attack appear to show Syria’s air defenses activating to repel the missiles.

Israel’s military did not confirm or deny the attack, but Israeli media reported that the strikes hit weapons depots near Damascus, allegedly containing munitions from Iran.

The Israeli military launched a similar attack on Damascus last week, prompting Syria to activate its air defenses. In that instance, the Russian military reported that Tel Aviv had endangered a Damascus-bound passenger jet carrying 172 people and was forced to conduct an emergency landing.

Source: https://www.rt.com/news/480881-syria-netanyahu-belgian-military/?utm_source=rss&utm_medium=rss&utm_campaign=RSS
Droolin’ Dog sniffed out this story and shared it with you.
The Article Was Written/Published By: RT